Not The Post That I Thought It Would Be 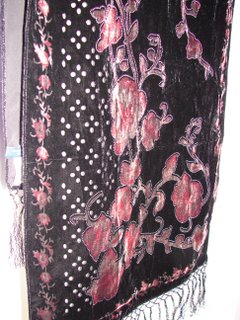 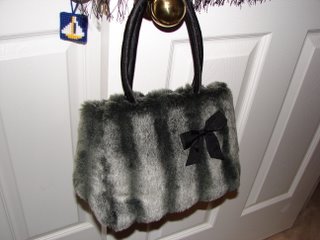 This was a slow post day for me. Work is kind of busy, and I guess that life in general is also kind of busy. I had the idea to post some pictures of the lovely birthday gifts that I received. These pictures are here as you can see. Then, the infamous light bulb came on in my sometimes tiny head.

These two gifts were from two very special people in my life.

Of course, a little background.

It was back in 1981. We were newly engaged. It was September, and we had travelled to Toronto to meet my future mother-in-law. We had driven in on Friday , and arrived quite late. My future Mother-in-law was preparing to move, and we were going to help with the packing, and introduce me to her. For sleeping arrangements, My Sweetie had a bed, and a room. I was to sleep on the living room couch. I remember not being able to fall asleep right away, because it was new surroundings, and I couldn't quite get settled. I finally did fall asleep, but I also remember waking up in the middle of the night to a pair of big green eyes staring up at me from the floor. It was Minnie the cat. I was a little taken aback, and wondered if this animal would jump on me, and attack. But no. She just wanted to check out who this stranger was asleep on the couch.

When I awoke in the morning, there were two people sitting on the chairs that were facing the couch. In one of the chairs sat my future sister-in-law, and in the other my future mother-in-law. Now, you might think, what a way to meet your soon to be married family. But in retrospect, it was quite comfortable, and natural, and certainly not pretentious, formal or strained.

Now, back to the pictures. Those two gifts were from those two special ladies, and I consider myself fortunate to have them in my life. 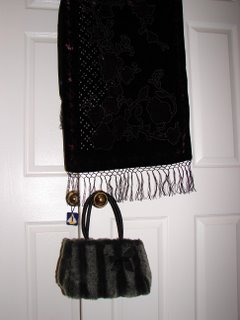 Great story about two great people in your life. Waking up and finding *anyone* staring at me would freak me out though! Lovely gifts :)

Let's see if I can leave my comment now that several hours have elapsed and maybe Blogger will cooperate?

I'll shorten it to say only: