Call it what you will, or call it one of the many things I have heard it called.

Thought I better post something, or my blog will expire (not!). I have mostly gotten over my flu/cold/bug/whatever that was. It sure packed a wollup. There is still a small hanger on of sorts (no, not a booger), but not enough to stop me from going to the gym and working. 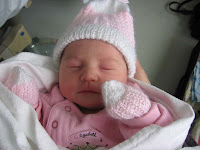 Spring is right around the corner. I can feel it. Now if somebody would just tell the weatherperson that, because we keep getting snowed upon. Actually, at times, it is really pretty. I love untouched snow...virgin snow....snow which has not been walked on or shovelled. So pretty. Bien pretty!

At Christmas, Ma Petite Cousine turned me on to a game that they have been playing called Bejewelled 2. I started playing it, and am now addicted. That's where I have been hiding at night....when American Idol is not on of course.

You'll soon see a new addition to my side bar called Bad Cat. My girlfriend gave me a 365 Day desk calendar (like the Bushism calendar), and some of the captions are worthy of adding to my sidebar. I have one sitting on my desk right now, yearning to be a sidebar resident.

Oh..I almost forgot...my monthly weigh-in for WW was excellentissimo....down 1.8!! Second month in a row. A woohoo for the hard work that I have been doing. It's all in the effort, and it doesn't really take that much.