Where Oh Where Did My Bingo Go?

Where was I going with this?

My weekdays start off with a routine. Usually there is a struggle to open my eyes, followed by stumbling to the loo, scrambling for a housecoat, fiddling for the laptop lid and turning it on to really get the day going, sauntering downstairs for juice and tea, and of course creatively feeding the kitties (who have usually led me down the stairs with their own typical run ahead of mommy routine).

One of us (not the kitties) gets the newspapers (plural because we get a local paper and the big city paper). But the highlight has the be the enclosure found in the local paper.....BINGO! That's right. BINGO! I'm a closet bingo geek. Not the kind that can be found in the local bingo hall on a Friday night. No no! Just the kind of geek that likes to hunt through the paper for the daily bingo letters. 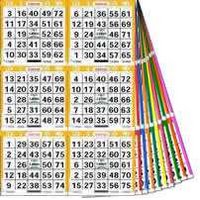 The local newspaper runs bingo every so often. They enclose a bingo card with six games on it, and for a week, they publish bingo numbers. You can actually win money, but that's not why I play. It's really just because of the bingo.

Today was supposed to be the start of a new bingo game. I opened the paper and found the new numbers, but could not locate the new game card. Panic! How can I play with no card? What am I going to do? Stop the presses! Earth shattering, I know. I kept flipping through the paper, but could not find it.

Then, I gave it one more good shake, and out it fell. Yay! Bingo still rules!

Heather in Beautiful BC said...

Hey, thanks for leaving a comment. My husband taught CPS for years and years. We're both retired and spend as much time as possible on our boat - power - 5 1/2 months last spring and summer! Ya, I'm the maid too....... I'm not sure where Barrie is - Lake Superior? Is that where you sail....from the few photos I've seen, it looks like it can be as rough as the open ocean!!!

You should try Pogo.com. they have a bingo game there where you can play 6 cards too, all in the comfort of your own home. :)

What he said haha.

*snort* and here I thought I was going to be the first to mention Pogo! hee hee!!! I <3 Pogo bingo! Well, Bingo in general, though I wish the halls were smoke-free. The last time I played in one I was pregnant with my son, and I think I made up for the whole 7 or so months of not being around smoke in that one go. oi!

While Pogo.com sounds cool, there is just something about the newspaper enclosure, and the hunting for it that I like. A different medium, away from the computer I guess.