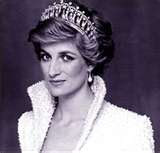 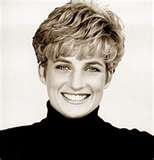 Today is a very special and sad day. Ten years ago, Princess Diana perished in a car crash. In the days and weeks leading up to this day, we have heard many versions of what happened that day, from conspiracy to supposed theory. Maybe the stories are true, and maybe not.

One thing is for sure. We probably all remember where we were when we heard the news of her death.

We were on our sailboat, in one of the nearby bays, rafted with friends. It was a lazy sort of day. People were rising, getting breakfast ready. I had just started to awaken, and was lazing in the V-berth. I heard My Sweetie talking to our friends. I heard the word 'Diana'.

Now, anyone who knows me well, knows that I am a Royalty fan, and was especially a huge Princess Diana fan, pretty much from the first time I saw her. I was smitten, and that has not changed to this day.

My Sweetie came in to see me, and he had an odd expression on his face. I looked at him, and asked what was wrong. He hesitated at first, I guess not really knowing what to say. Then he told me that Princess Diana had died in a car crash.

From that moment on, I experienced all of the emotions that have been described in the media. Shock. Disbelief. Denial. Sadness. Never ending tears.

The following week was tortuous. The carpet of flowers at Kensington Palace. Details of the crash. Her funeral plans. Contraversy surrounded the Royal family's behaviour.

But I remember the tears. Tears that would continue well past the day of her funeral.

There is no logical explanation for us to feel this way. She was not a member of our family. Not a close friend. Not a dear neighbour.

But, in a way, she was all of these. She related to the common person, the sick, the poor, the helpless, sometimes by a simple touch, or a smile. She was the gift, which would bring the Royals into the current world.

I often wonder what her life would have been like if she had lived. We know that she was trying to be less in the spotlight, and was searching for a more reclusive life. Would she have remarried? Would she have, one day, seen her HRH restored?

We'll never know anything about that. But we may know other information, once the inquests continue.

Maybe it was indeed a 'crash', and not an 'accident'. Maybe there was something else.

Rest in Peace, Sweet Princess. You are still causing the world to pause and take note that you were an important part of our lives. 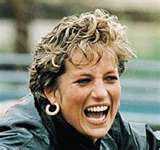 It is so sad. I watched a bit of the memorial service today. The boys were great.

p.s. - on another note - a little birdie told me you like Taylor Hicks... well I have him on my blog today. He's singing. And I have his picture front and center. What a guy :)

Beautiful tribute to a beautiful lady! I too watched a good portion of the memorial service on the tv this morning. I was very impressed by both of her sons -their posture, their feelings showing through, especially in the one given by Prince Harry. Just a very nice memorial for her and I think she'd be quite proud of the words spoken about her today.

I was about to start high school in a few days, so I had that on my mind...but one night before I headed off to bed I happened to see on the 11pm news that she had been in a car wreck but they didn't really give any details, and then the next morning I found out she died.

I hadn't paid much attention the royal family, I'd hear stuff of course but I just never paid attention...but after she died and that's ALL the media could talk about I started learning more about her and I wished that I had paid more attention when she was alive...she was such a wonderful woman. The other night when I was at work they were playing an old interview she did right before she died and I nearly burst into tears right there at work becausee I couldn't imagine a person having to go through all that without totally losing it. As tragic as the accident was, I started thinking that perhaps Diana finally was able to escape and find some peace.

One can hope anyway.

I was watching the TV news when this broke. I was shocked, like so many would be. I mourned her loss, too. She was an amazing person.

Your caption made it to the vote :)

I have something on my blog that might make you SMILE!