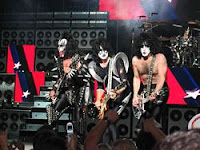 I love that y'all called the po-po on the nudie patootie!

Oh, you can teach your children all you want but they'll still do foolish things.

Did you get to see his weenie?

It's a good thing my brother doesn't live in Canada...cuz that sounds just like something him and his friends would do.

OMG. That must have been something to see. LOL I think I would've been both a tad frightened, (thinking it might be some insane maniac), and stunned.

Oh yes, to be young and foolish again. Nothing fazes you when you're young.

hilaaaaarious! i love that it sounds like the authorities didn't believe you until other calls started coming in. like anyone would make this up...!